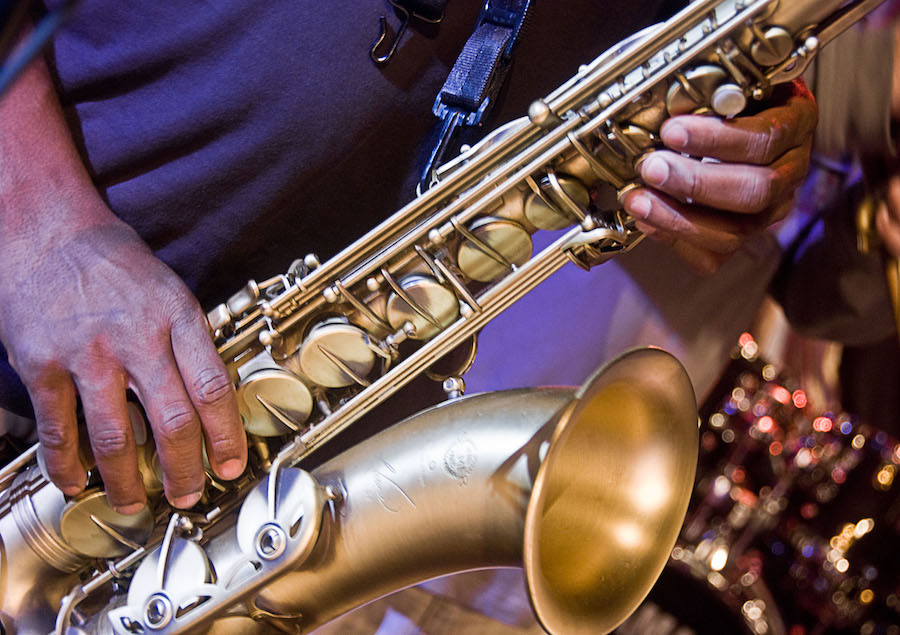 Rye is rightly regarded as one of the finest examples of historic small towns in England – if not THE finest – with its splendid ancient town wall, cobbled streets, traditional fishing port and fascinating inns.

For a small town with a population of only just over 9,000 it also punches well above its weight in terms of cultural and culinary events.

One of the real highlights in this annual calendar of events is the renowned Rye International Jazz and Blues Festival of which Beside the Sea Holidays is proud to be among the sponsors.

Established as one of the best boutique music festivals in the UK, presenting the very best of world class Jazz, Blues, RnB, Latin, Funk, Folk and Contemporary music.

Rye really buzzes when this festival is underway and there are 10 designated venues all literally within stepping distance of one another across Rye’s splendid town centre featuring both paid for as well as a host of free events.

As you would expect many Rye’s finest hostelries are staging events including The Kings Head Inn, The Queens Head, The Standard Inn and the Old Borough Arms. You’ll find that great Jazz and Blues alongside traditional ales, fine wines and good pub food makes for an unbeatable combination and talking of fine wines and good food the Grapevine Champagne and Jazz Bar and one of the towns leading Italian Restaurants Simply Italian at the Strand near the Heritage Centre are both in on the act too.

Tickets for the 2017 Rye Jazz & Blues Festival are on sale now for the paid for events that this year include the Up Close and Stripped Back Show from Hue & Cry at St Mary’s on Friday 25th; Realness Of Jazz & Soul featuring the sensational Nashville based Kandace Springs – also at St Mary’s – on Saturday 26th.

Also on Saturday 26th Trio Manouche, probably the UK’s best-loved gypsy swing ensemble, star in Jazz on the Nyetimber Terrace at Rye Lodge. Later the same day there is a ticket only Wine Tasting event at the same venue. The following day, Sunday 27th sees Rye Lodge host another of the festivals stand out paid for events Jazz on the Nyetimber Terrace with the Iain Rae Trio.

One of the 2017 Rye Jazz & Blues Festival highlights this year will undoubtedly be the legendary Ronnie Scott’s All Stars at St Mary’s on Bank Holiday Monday 28th August from 2.15pm. Named after Ronnie Scott OBE, the founder of the legendary Jazz Club in London and probably one of the most famous Jazz Clubs in the world this is an event not to be missed. Ronnie Scott’s famous fans include the current Father of the House of Commons and former Chancellor of the Exchequer and Home Secretary Kenneth Clarke who, incidentally, will himself be appearing in another of Rye’s major events later this year in the Arts Festival at the Milligan Theatre at Rye College on September 16th.

On the final day of the 2017 Rye Jazz & Blues Festival there are two ticket only events starting off with the Paul Richard’s Latin Trio with Jazz on the Nyetimber Terrace from 1.00am to 3.00pm followed that evening with Seth Lakeman Folk Singer, Songwriter and Multi-Instrumentalist at St Mary’s Church.

There are so many excellent free events scattered around Rye it is probably impossible to mention them all but a few really stand out this year for this correspondent whose musical taste is forever rooted in the period from the mid 1960’s to the late 1970’s! 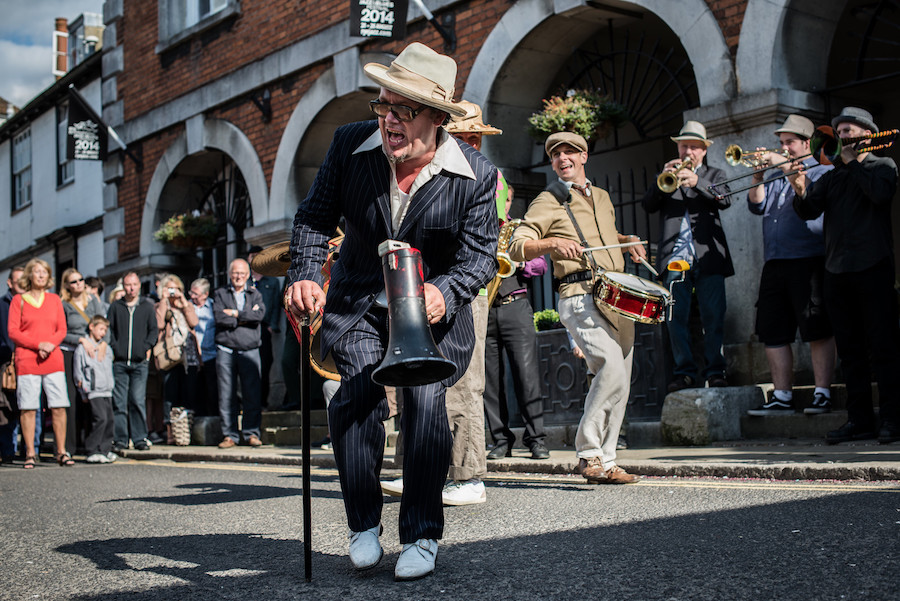 The standout 2017 Rye Jazz & Blues Festival event, as far as this writer is concerned, has to be Freak Flag Power Trio at the Kino Outdoor Stage with The Music of Hendrix and Cream. The trio’s website suggests that they specialise in the music of Jimi Hendrix and Cream with touches of The Doors, Fleetwood Mac and Deep Purple. That’s good enough for me!

Cream’s credentials in their music history perfectly demonstrate the fusion between Blues and Rock – Eric Clapton, one of the greatest Rock and Blues guitarists in the world cut his teeth with the legendary John Mayall’s Bluesbreakers (after starting out in the Yardbirds) and being succeeded by Peter Green who went on the co-found Fleetwood Mac.  Green in turn was followed into the Bluesbreakers by Mick Taylor who later replaced Brian Jones in the Rolling Stones.

Jimi Hendrix, when he arrived in London in 1966, was soon to be managed by Chas Chandler bass player with UK chart topping R&B Band The Animals and legend has it that Clapton was visibly shaken when Chandler introduced him to Hendrix and he then heard him play saying words to the effect of “You never told me he was that good.”

So, a feast of 60’s blues influenced rock awaits us at the Kino on Sunday 27th from 5.00pm to 7.00pm. One final word on the fusion between Blues, Jazz and Rock – a little known fact is that it was the aforementioned Ronnie Scott who played Saxophone on the Beatles Lady Madonna.

The other free event your reviewer is particularly looking forward to also takes place at the Kino Outdoor Stage the day before when Essex based Martin McNeill’s Bottleneck Blues returns to the Rye Festival.

Former evening newspaper editor Martin McNeil whose first love was, I believe, always music was a long-time colleague of this writer for more years than either of us would want to own up to but, a truly shocking admission is that I’ve never heard him play having missed the band when they played the 2015 Rye Festival – an omission I intend to put right on this occasion and hopefully surprise my erstwhile colleague when I hopefully turn up unexpected!

Most acts appear only once at the Festival but The Bling Crosbies put in two appearances with Time Less Hits & Glitz at the Grapevine Champagne & Jazz Bar on Thursday and Sunday.

Finally, local ensemble Rye Bay Crew at the Queens Head on the evening of Friday 25th look worth a visit as does the Driving Cuban Rhythms of Son Yambu at the Kino Outdoor Stage between 3.00pm and 5.00pm on Sunday 27th which may well be the perfect prelude to Hendrix and Cream!