Visit Rye and discover a place with over 700 years of history, rich in intrigue, myths, legends, murders, ghosts, smugglers and invasion that echo’s to this day around it’s cobbled streets. 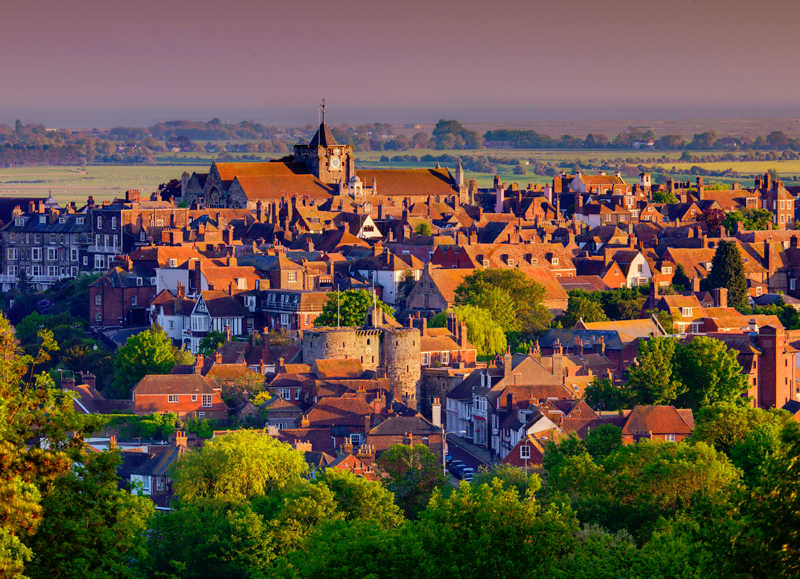 Stranded on a hilltop trapped centuries ago by the sea, once bustling with merchants, sailors, pirates and smugglers, Rye’s quaint charm belies its dramatic history.

Whereas many towns boast a colourful story but have little evidence of it, a visit to Rye will bear testimony to its eventful past. For centuries Rye was an island with only one land connection at high tide to the mainland through the Landgate. Originally granted to the Abbey of Fécamp in Normandy in 1017, it was reclaimed by Henry III in 1247 and blossomed as a Cinque Port, vital to England’s defence. As you wander about, look for landmarks like the Ypres Tower or Rye Castle, the Landgate and the Monastery.

Other buildings, such as Lamb House, (once the home of Henry James and later, E. F. Benson) in West Street are also open to the public. Don’t miss the view of the surrounding marsh and the now distant sea from the top of the tower of the St. Mary’s Parish Church and when you explore the churchyard, look out for the Town Water Cistern, built in 1735.

13th century storms had changed the shoreline and moved the River Rother to enter the sea at Rye, giving it a large, safe harbour. In the 14th century Rye become a Head Port of the Cinque Ports Confederation. The town’s duties included helping to supply the King with ships and seamen for his Navy annually, in return for self-government, freedom from taxation and ‘honours at court’. The fishing fleet can still be seen at the newly refurbished Fishing Quay and many leisure craft visit the Strand Quay. Rye survived frequent French attacks during this era, but in 1377, all but the stone buildings were burned, and the church bells stolen, in one raid. Many of the half-timbered houses now seen in the town date from the rebuilding after this event. 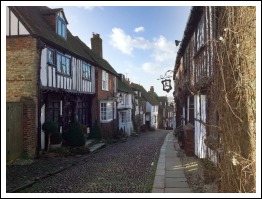 From the eleventh to the eigh­teenth century, cross-Channel smuggling was a busy activity, providing a living for hundreds of people around the south east coast. It began in earnest shortly after the Norman conquest of England in 1066, when William the Conqueror brought over thousands of his men from France. They brought with them a taste for French wine and other continental products, and these tastes soon spread among the English population.

The ancient port town of Rye would have been piratical place in the 17th and 18th centuries, with smuggling, rampant. The Inns and taverns would be full of smuggling gangs and pirates all armed to the teeth and ready to kill if challenged by the customs officials.

The prosperity of Rye depended more on smuggling than any other trade. Rye in the 18th century was dubbed the ‘smuggling capital of England’ it’s smugglers were treated with leniency and charges were often dropped, mainly due to the towns corrupt officials who were often paid off and benefited by the service the smugglers provided.

The leaders of the infamous Hawkhurst gang, used to meet openly at Rye’s, Mermaid Inn, carousing and smoking their pipes, with loaded pistols on the table before them. Their notorious reputation meant that nobody would interfere with them.

Another lucrative sideline for Rye’s mariners was privateering in wartime against French and Spanish ships, this is where the King or Queen authorised attacks and capture of enemy merchant ships and split the booty.

In peacetime privateering turned to piracy. The pirates of Rye attacked both foreign and other English ships. Piracy was difficult for the Crown to stop as the ‘pirates’ provided much of the navy in time of war.

So when you visit Rye’s ancient inn’s remember this is where smugglers planned and pirates plotted.

Beside The Sea TV: Visit Rye

Some of these figures have become world famous literary heroes, such as Henry James, Conrad Aiken, Joseph Conrad, H. G. Wells and G. K. Chesterton, whereas others like John Ryan, Malcolm Saville and Monica Edwards have dreamt up popular stories such as the swashbuckling adventures of Captain Pugwash.
Artists like Paul Nash and Edward Burra lived in Rye which, together with the surrounding coastline, has been painted by artists such as Van Dyck, Whistler, the Pre-Raphaelites and John Piper.
One of Rye’s most famous and best-loved authors is probably E. F. Benson, a one time Mayor of Rye, whose fictional town of Tilling was based on the town.

When you visit Rye there is always something for the visitor to do. Hardly surprising, given the town’s close association with the sea and surrounding farms, food features heavily in Rye’s major festivals.   February sees the return of the popular Rye Bay Scallop Week. Local restaurants band together to offer the finest selection of scallop-based dishes in celebration of the locally caught shellfish.   In August, the Maritime Festival meets on the Strand Quay, Rye, to celebrate the town’s rich nautical heritage. In previous years, the event has included lifeboat demonstrations, maritime exhibitions, live entertainment
and raft races.   The well-established Rye Arts Festival runs for two weeks every September. The festival is a showcase for internationally renowned musicians, writers and artists to gather and perform. It is a highlight in the Rye calendar and has been around for over 40 years. 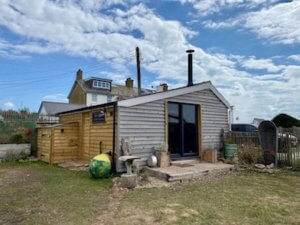 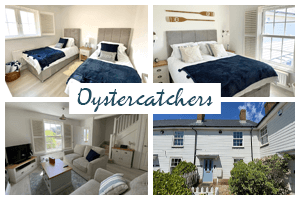